Something Dark This Way Comes

Something Dark
This Way Comes

So…how was your October?

If you’ve had an astrology session with me, you will understand the depth and subtlety of the sub-routines within the brain, and how they can sabotage our best intentions with precision and ease.
And one in particular lurks in the darkest recesses until stirred by circumstance to take the reins of our life, and steer us into a safe existence of mundanity.

We are at such a time…

No, this is not Pluto. It’s Hades, his Greek counterpart. Hades is an obscure phenonmenon in the solar system that has never been sighted by telescope, radar, space probes, or other technological devices. But I’ve researched this guy for the past 30 years (my book arriving soon!), with due respect to astrologer Alfred Witte who  discovered this enigma in the 1920s…

… And now I’ve been Hadesed!! The entire top half of this blog post has mysteriously vanished! I’ve done a dig to see if I can find it in an old revision in WordPress, but it’s not there!! So, please bear with me, as I rewrite this to explain exactly what this transit is all about. … !!! [KR] 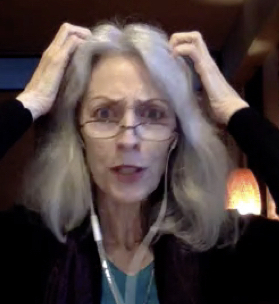 Finally, today, I’m attempting to finish the missing part of this blog post. And this is a fitting time, as the transit I had described initially is about to strike again. At least it is within 1/2 degree, and closing.

The global transit that had caused so much personal and professional sabotage in October (2019) was the Transneptunian (or Uranian) Point, Hades, being in alignment with the transiting North Node of the Moon.

Since ancient times, especially in India, the Moon’s Nodes have been considered as being profoundly spiritual in nature.

Being “nodes”, just as in music, they are points of intersecting  frequencies that are cancelled out, like a finger placed on a guitar string over a fret. There is no vibration where the finger has dampened the string, although this does shorten the string to produce a different sound frequency.

The moon’s orbit is on a 5˚ plane askew to our path, producing two points of intersection directly opposite each other at the same time. These are points where the moon’s orbital path rises to cut through the path of the Earth around the sun, and also where it sinks below that plane. These are the Moon’s Nodes.

The North Node is where the moon’s orbital path is rising above our plane. This is the point where our spiritual purpose for this life is stimulated by forces outside the normal functioning of our astrology charts. Remember, there is no vibration at the Nodes. So this is a place beyond our normal experience within our conscious state of mind. It’s a place of spiritual happenings.

This is why the Moon’s Nodes are so relevant in our astrology charts. They set important frequencies that we should ignite, ourselves, from our spiritual awareness.

Over the past 30+ years, I’ve found that the North Node is also where Karmic Agreements (as I call them) take place. These Agreements had been made long before we were born, and are part of our plan where other people step in to fulfill the Agreement they have with us.

This is not karmic in terms of any kind of compensation, as the Sanskrit word karma simply means ‘action’ (in Buddhist terms, it’s the result of our prior actions). Rather, these are steps that others take to help us move into action for our growth—regardless of whether we had asked them to be nasty or kind. And they do force us into action.

Most people do unwittingly fulfill their prior Agreements—unless they’re stoned or drunk, which disconnects them from the part of the brain that accesses their higher mind while they’re experiencing their more primitive and emotional limbic system; and also, unless Hades is in alignment with the North Node!

So, right now we have the situation where the master saboteur in the mind-stream can simply march into our lives unhindered. There are no gatekeepers at the Nodes. (More on this in a forthcoming book.) And due to this sabotaging influence, many people are not fulfilling their Karmic Agreements. So, this can leave some of us feeling a bit stuck.

And on a practical note, have you noticed how many companies decided to alter their Terms & Conditions during October to mid November, these past couple of months? Not only altering them, but often to the detriment of themselves and their clients and customers!

I had email arguments with one company who have severely limited the number of people I can introduce to their services (through me simply using their platform), by suddenly restricting my use of their platform. Another company did exactly the same thing at the same time.

Both companies had the advantage of free advertising via their branding on what I was sharing with my own clients. Preventing this is dumb. I’ve now pretty-much abandoned one of those companies and have had to go to the opposition of the other one to cater to more clients.

During this transit, not all, but many people have had many things go wrong in their lives, and within various areas and levels of drama. And of course, they blamed themselves. I was not immune, either. I was almost at the point of packing up the work and heading out to easy, dull employment somewhere!

Things began to shift more happily on a personal level for many people right after the exact conjunction of Hades to the North Node in the sky. Energy started to move again. I think we’d all had so much of this transit already, that we had done our dash with it during the time when the North Node had moved into position within 1/2 degree of Hades.

But the transit is heading back again, as the North Node is shifting back towards the Hades.

. . . And, of course, not having finished this post on Dec 4th, I was determined to complete it today (December 8th) . . . And so we had a power outage all afternoon! No electricity! No modem, no internet.

But I’m back (finalising this in the wee hours), and laughing. . . That’s all you can do with Hades. Until he really starts playing dirty pool.

It’s not a big bad planet up there in the cosmos. (There are no ‘bad’ planets.) It’s us. Hades is an aspect of our own mind. But something up there triggers a memory we would really rather not recall. However, Hades does show us how powerful our minds actually are.

So I’ll leave this top section of this post, with a couple of dates for you to check over for the coming weeks, so you can be forewarned of any Hades shenanigans in your own psyche. If you’re blessed to have nothing in your chart around 9˚ to 10˚,  you may dodge this one.

NEXT DATES: The Transiting North Node will be exactly 1/2 degree from Hades again on December 14 (2019), so that’s allowing Hades to sneak through again. Meanwhile they merge even closer until January 23 (2020), when they’ll be exactly aligned again, and will then begin to separate.

There is an entirely new chapter to this story, which is too huge to add to this blog post. So, I’m adding it to my podcast; and, as usual, the transcript of that podcast episode will be on my podcast website soon, as well as the audio, which you will also be able to access via your favourite podcast platform.

This next (podcast) chapter of the story involves the horrific Australian bushfires and, astrologically, why it was this country at this time that was greatly affected by the Hades–North Node global transit in this way.

Now for the good news about these sorts of transits …

Out of the Darkness

The thing about astrological transits is that even though they sometimes recur, once you’ve mastered the energy they’re presenting to you, the recurring transit won’t affect you any more. But if you missed the opportunity the first time, you’ll get another whallop next time around!

BUT, you have many great resources within you.

You have a Heart (don’t miss the 3rd episode of my podcast, coming up soon, as I’ll be elaborating on the Heart, astrologically and energetically).

You have your spiritual consciousness—though, this can be dampened down by a brain hijack.

Three planets (well, two and one “planetoid”) can help with any inner struggle:

Mars is a terrific defender against mundanity. I was slipping down, myself, as I have a couple of significant things between 9 1/2 and 10 degrees of two respective Signs. But then Mars came along and shook up my Hygeia asteroid (our highest healing capacity) from within a very close proximity, and she was awoken like Snow White being kissed by a prince. She immediately pranced off and shouted at the two Hades-dazed bodies in my chart and they immediately sprang back into action.

And then there is Uranus. He’ll stir anything up. But when he does stir us, we have to be careful we don’t fall into an angry appraisal of the circumstances. We have to innovate, find new answers. And fast. And through Uranus, we can learn equanimity (the hard way!).

But there is another bodhisattva-source within us.

The ultimate challenge (or rather, “initiation”) of this current transit between Hades and the North Node—in your life and mine—is to recognise where we are placing our emphasis. Whether we’re focused on living through our “Self-Cherishing” survival instincts or our Compassion.

And it’s principally our Compassion that can overturn any argument from Hades. This quality of Heart-and-Mind can be accessed through the planetoid Chiron as the expression of our Bodhicitta, our ‘awakened mind’, that is hell-bent on being here for the benefit of others.

What other meaning can life have?

. . . Bless Hades and thank him for sharing! 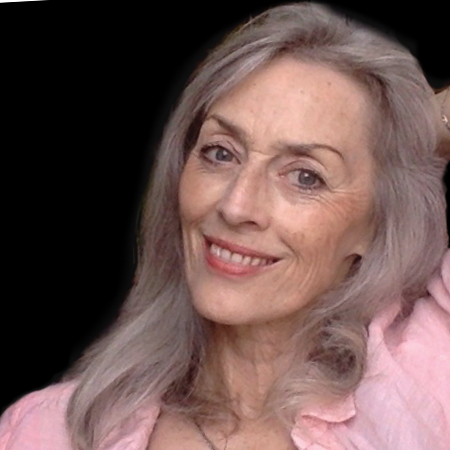 (I'd love to read your comments)

Bodhisattva: (Sanskrit) “courageous awakened being”; one who dedicates his/her life to helping others find liberation

Bodhicitta: (Sanskrit: “c” pronounced “ch” as in “church”) “the awakened mind”. This is the mind of Enlightenment, the mind that has detached from self and from mundane rewards, and focuses on assisting other beings. This is an attribute of the Bodhisattva (which is the potential of each one of us)